This comes in the form of a fast moving image in which you can see one camera turn off and another turn on – which has never been obvious in other scenarios, even if cameras are constantly changing depending on the lighting conditions and image evaluation requirements made by the camera. … IPhone camera stack. If you have a new iPhone 13 or iPhone 13 Pro Max, you may have noticed that the Camera app keeps switching to macro mode, especially when trying to get close to a subject. This goes for the vast majority of camera settings in iOS 15, which is a nice improvement in quality of life over the old days when the iPhone camera reset every time you opened it.

It’s turned on by default, but if you want to turn it on or off manually, you can go to Settings> Camera and find the Smart HDR switch. You can do this by pressing and holding the camera icon and selecting the “Portrait” link, or by opening the camera application and selecting the “Portrait” option. You will then get a custom QR scan user interface that uses the camera and has a small flashlight icon to turn on the flash.

Click the Plus (+) button again, type Photo in the search bar, then click the Photos app icon. When you’re done, tap the control again and the video will automatically save to the Photos app. All you have to do is drag the shutter button towards the camera switch and it will automatically switch to video and start recording after you release it. With the Camera app open on your iPhone, you can press the volume up or down button to release the shutter, which might be a better option than tapping the screen.

If you’re in the camera app, you don’t need to use the on-screen button. The Camera app launches and a numeric tag appears next to each button on the screen (see screenshot below). The photo will be taken in three seconds, but you can turn off the time if you want, as well as test the flash, turn on Live Photo, and more by pressing the ellipsis button. Say “Hey Siri, say cheese” (or whatever you programmed) and your phone will automatically take a photo and save it to your camera roll.

To test this, hold your iPhone with the rear camera facing the subject, then say “Hey Siri, say cheese.” You can set it as default on the front or rear camera, and you can also specify where to save the image in the Photos app. The first time you try to connect, Siri will ask you to grant access to your camera and photos. It takes a while to create a shortcut to take a photo using Siri voice control, but can save you a lot of blurry photos if you’re too keen on the shutter button.

Apple Watch users can use the Watch camera app with timer, flash, real-time photo, and HDR controls to take pictures on iPhone remotely. To record your iPhone and iPad screens, go to “Settings”> “Control Center” and make sure that “Screen Recording” is listed in the “Included Controls” list (otherwise, click the green button at the bottom). If you add voice later, or do not need voiceover, press and hold the button in the control center. You can go to “Settings”> “Siri and Search”> “Siri Voice” to check your voice options.

But if you want to change Siri’s voice after the fact, go to Settings> Siri & Search> Siri Voice. Once you make your choice, Apple will change the Siris voice on all devices associated with your Apple ID. You can turn off the voice control feature on your iPhone in two different ways, depending on your iPhone model. The new voice control setting is a dedicated, extensive option that allows you to control your iPhone hands-free.

Before we get to the heart of voice control, it’s important not to confuse it with the classic voice control feature, which uses a shortcut to the Siri Home / Side button and allows you to perform a limited set of commands. On iPhone 8 or earlier, you can turn off classic voice control or Siri, which activates when you hold down the Home button. If you later decide that Siri or voice control functions are useful to you, you can easily re-enable them by going to the same menu and clicking so that the test button appears next to the function you want to use. Go to Settings> Control Center> Customize Controls and then select the controls you want to add.

Make sure you have added the control, then open the control center and click on the icon that looks like a solid white circle inside a thin white circle. This will make the screen appear light yellow (you can check in the settings), so the video may be a bit boring, but it can be read. It also starts/stops video recording. If you have wired headphones connected to your iPhone, you can use the volume buttons on the cable to perform the same operation, basically using them as a remote shutter. To do this, call Siri: press and hold the power/sleep button, press and hold the Home button on an iPhone that has the Home button, or if you have this feature enabled, just say “Hey Siri.”

Upon activation, Voice Control will provide alternative commands that you can try if you run a command that is not recognized by your iPhone. Start with voice control. Unlike Siri, which requires you to follow verbal instructions to recognize your voice, setting up voice control is much easier. Voice control is a new accessibility feature introduced in iOS 13 that lets you speak commands on your iPhone or iPad to do whatever you want.

Accessibility is getting a big update in iOS 13 and macOS Catalina, adding not only the ability to use a mouse with iOS, but also giving users the ability to control their devices using only their voice. With the upcoming release of operating systems, users will have more control over their devices with the addition of voice commands. Voice control is more like a replacement for touching the iPhone screen, so whatever you normally need to physically interact with the device can now be done simply by speaking.

These commands cover sharing your iPhone and are comprised of controls that allow you to verbally perform important tasks such as opening the iPhone’s app switcher, Control Center, Notification Center, Siri, and other apps. Then choose a system action to take for each one, including mute your phone, take a screenshot, activate Siri, lock the screen, activate various accessibility options (such as voice control or zoom), and even activate shortcuts. 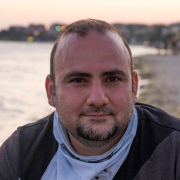